When you see them preparing for their night work it’s the same as we arrange our daily office routine, they deserve respect for their hard work. It is everyone’s wish to be appreciated.

Nana A, a 28 year old sex worker who pays her rent and expenses is a single mother of three, born in a humble and caring family but when she lost her parents all the responsibilities to cater for her younger siblings were on her shoulders. “My dream was to become an educated woman, work in the office but suddenly after my parents passed away, I had to drop out of school, tried all sorts of work but couldn’t afford to cover all my expenses, when I became pregnant my boss fired me. After giving birth a friend of mine introduced me to this business. Before covid19 we used to work till dawn but with the ongoing guidelines, if you don’t get a customer for the whole night you work early and respect the curfew. Sometimes they take us far from our working places (street), and if you don’t return on time you risk being arrested”, she says.

Fauz U, 22 years old, was beaten by a customer who took her phone and money after using her. “My work is not as easy as many people think, I don’t know where I went wrong in my life, I am just struggling to put food on my family’s table. I am a sero-positive, my baby daddies abandoned me to raise our children alone. I am uneducated and the only thing I depend on to survive is my body. If I get beaten up, there’s no way I could take injured or damaged goods to the market. I wish authorities could treat our complaint seriously because we are human beings too who are trying to make money in a different way.”
Edwin K 23 years old is a gay male sex worker. Being different doesn’t make him a monster.
“ I didn’t choose that profession it was the only option to survive after my mother and step father chasing me away from home because I am gay, I came out clean and told them about my feelings and love for men and since then, everyone disowned me. Now I sell myself to make ends meet, not once or twice was I tortured physically and mentally, they abused me sexually and emotionally, I didn’t report to police in fear of being a laughing stock, because it is clear that nobody cares about our feelings”, he states.
Viviane R, a 37 year old who was married to a driver was arrested and convicted six years ago decided to become a sex worker. She says, “We meet a lot of strange things on the streets, first of all those cold (vumilia) nights are the worst torture and you need to be strong or high on some strong alcohol or drugs which make some of us fight and misbehave and people think that we are all the same. This is why even if you have a problem, people first judge us instead of helping us. In our residences, parents don’t let their children play with ours, calling them kids of ‘bitches’ and other names.”

A group of sex workers on one of their nightly routines.

Mureketete Salama, the president of an organization called UNITY OF WOMEN PLUS, which supports sex workers and LGBT community took us through the daily life of sex workers. “Those men and women are suffering not only due to covid19, but every day in their life is a struggle! We encounter many cases on a daily basis. If we are not beaten by customers or neighbours, it is picking unnecessary fights or being evicted by landlords. The biggest problem is stigma. They treat us indifferently even though we pay rent and other local services like security and garbage fees.” She says.
She adds that, “the humanitarian support we were given during lockdown was not enough to survive on, how can you give someone who is on ARVs beans, posho and rice knowing they can not afford charcoal and expect them to eat? Some even stopped taking their drugs because of the side effects of hunger, or being registered in a far away hospital to their location. They shift daily; you can’t rent in one place for a longtime.”
Salama goes on to plead with the government to support and give her community the chance to register their organization. “Trainings on our rights and reproductive health are vital. My request is to consider us and be given the right to have safe abortion, we do protect ourselves but some customers don’t like using condoms and remember every style got a price”, she adds.
Andre Uwayezu secretary – the executive of WICECEKA CHRISTIAN SUPPORT ORGANIZATION, told us that some sex workers are dealing with trauma and financial crisis, and COVID19 made their situation even worse. A big number stopped taking their ARVs because of poverty so their organization tried their best to reach out to those they could locate to encourage them to continue with their treatment normally.
For those facing stigma or violence, there is an advocacy desk where we guide them to where they can get help if it’s a punishable crime by law, they’re advised to report to the authorities or police.
The Rwanda FSW-PSE 2018 data provides a national FSWs population size estimate. This was the first time a 3 source capture-Recapture (3SCRC) method was used to estimate the population size of sex workers at the national level.
Yet the previous survey of 2017 RBC conducted another national survey for female sex workers hotspot mapping exercise, resulting an estimate of 13,569 homes, streets and venue based FSW’s. This nationwide FSW PSE using a 3SCRC method estimated a credible set ranging from 8,853 to 23,495 of a median of 13,714. Reported by RBC Iom 22 October 2020 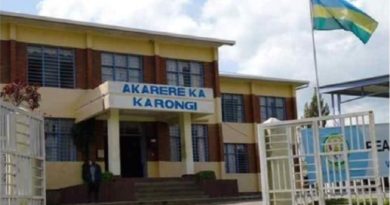 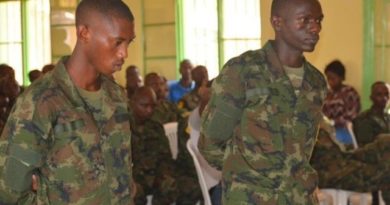 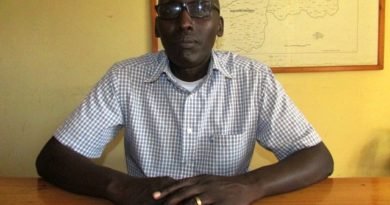