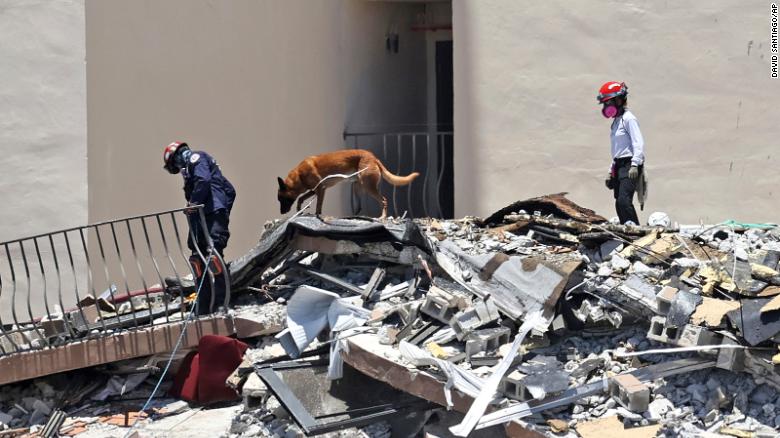 Rescue crews have descended upon the coastal town of Surfside, Florida, as families wait for any news — good or bad — about their loved ones following the collapse of a condo building Thursday.

Nine people are dead, 152 are unaccounted for and 134 are accounted for in the collapse of Champlain Towers South as of Sunday night, Miami-Dade County Mayor Daniella Levine Cava said during a press conference.

The missing are from at least nine countries, including six Latin American countries, and multiple faith communities.

Rescuers from Israel have come to the waterfront town to help local, state and federal agencies in their search efforts. Rescuers from Mexico are expected to arrive Monday. Over the weekend, crews were able to carve out trenches, contain a deep rooted fire, and burrow into the collapse site to pull victims out as crews above ground used K9s, sonar and heavy equipment to locate the missing.

On Sunday, some family members were bussed from the reunification center to the site of the collapse to pay their respects and witness the efforts rescuers are making to bring their family home.

Surfside Mayor Charles Burkett told IMENA’s GASIRIKARE on Newsroom Sunday that he will continue to support search and rescue operations until everyone is pulled out of the rubble. “I expect miracles. I’m expecting many miracles,” he said.

Nine people are confirmed dead following the collapse, with eight of them identified by authorities as of Sunday night.

The first victim was identified Friday as Stacie Fang, 54. She is the mother of Jonah Handler, the boy who was pulled from the rubble alive, her family said in a statement.

“There are no words to describe the tragic loss of our beloved Stacie,” the family said. “The many heartfelt words of encouragement and love have served as a much needed source of strength during this devastating time.”

On Sunday, they released the identities of four more victims: Leon Oliwkowicz, 80; Luis Bermudez, 26; Anna Ortiz, 46; and Christina Beatriz Elvira, 74. One victim has not yet been identified by authorities.

“The process of identifying these victims is very difficult,” Levine Cava said Saturday. “We’re going to be relying on DNA testing. And that is why we’ve already been gathering DNA samples from the family members, so they have all participated and provided DNA to assist us in the investigation.”

“This allows us to do rapid DNA testing on site for bodies,” she explained.

But the painstaking wait is made even more unbearable for some as burials, traditionally done within days after death in the Jewish tradition, are unable to happen until the dead are recovered. The Greater Miami Jewish Federation offered to help community members with arranging funeral and burial services.

Rescue teams from other countries are traveling to Florida to assist locals with rescue operations as the scene continues to be a challenging situation.

A team of ten rescuers from Israel arrived Sunday morning, Kevin Guthrie, the director for the Florida Division of Emergency Management, told IMENA

They went to the collapse scene and “were on the pile almost all day,” Guthrie said

Burkett said a rescue team from Mexico is expected to arrive Monday.

Crews have been working non-stop since the collapse early Thursday morning, with rescuers switching out over different shifts as weather and fires complicated their efforts.

Smoke from a deep burning fire made the first days of the rescue operation difficult, as visibility was poor and temperatures were high, according to Burkett.

“It’s tough to describe. We don’t have the voids that we are hoping for,” Cominsky said Sunday. “We are still looking. So that’s what I mean by horrific. It’s just a difficult, difficult situation.”

Levine Cava said rescuers are using a grid search approach on the pile and continue to utilize sonar, cameras and K9 resources.

The issue isn’t resources but luck, according to Burkett.

“We have a full complement of very experienced search and rescue people. We have waves of them going over that rubble pile right now,” Burkett told CNN Sunday.

“We got everything we need and more, we just need some luck and we had it,” he explained.

“We were having the rains we were having the fire. Those have both subsided and now its 100% focus on getting the people out of there,” Burkett said. “We’re doing exactly that. We have armies ready to go 24 hours a day, seven days a week. It’s not going to stop until we pull everybody out.”

While rescuers continue their efforts on the scene of the collapse, new details are coming to light about the integrity of the structure noted in an engineering report more than two years ago.

A 2018 report completed by Morabito Consultants, a structural engineering firm, “detailed significant cracks and breaks in the concrete,” a statement from the firm said Saturday.

The group said it provided an estimate to “make the extensive and necessary repairs” to the condo association.

The report didn’t indicate whether the structure was at risk of collapse.

Morabito was again retained by the condominium association in June 2020 for the building’s 40-year repair and restoration process, according to the statement. 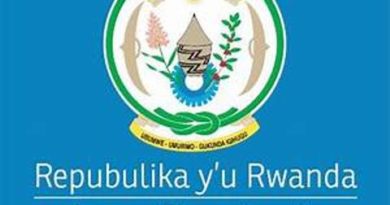 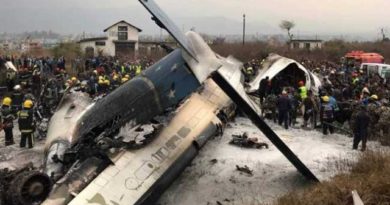 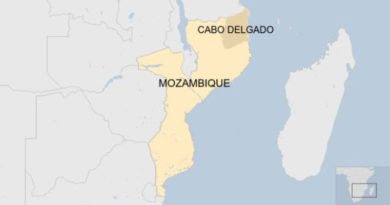