African leaders will gather in the Rwandan capital this week for the first continent-wide meeting to set out plans for the conservation of nature across Africa.

The IUCN Africa Protected Areas Congress (Apac) in Kigali will attract close to 3,000 delegates, including protected area directors from the continent’s 54 countries, youth leaders and Indigenous and community representatives, to discuss the role of protected areas in conserving nature, promoting sustainable development, and safeguarding the continent’s wildlife.

The meeting, led by the Rwandan prime minister, Edouard Ngirente, will outline long-term strategies to halt and reverse the rapid loss of species and habitats in Africa’s more than 8,500 protected areas, covering 14% of land and 17% of its marine area. According to a UN report, 6,419 animal species and 3,148 plant species in Africa are threatened with extinction.

Africa’s population of 1.3 billion is exerting more pressure on wild habitats, and well-managed protected areas offer the last hope for safeguarding the continent’s fragile biodiversity, according to Kaddu Sebunya, CEO of the African Wildlife Foundation.

“With population growth comes increased demand for land, unsustainable natural resource use and extraction and inadequate environmental governance. The continent stands to lose a significant proportion of its biodiversity value in the immediate future,” said Sebunya.

He added: “Although it is true that many species and populations live outside protected areas, and some wildlife populations and natural communities are declining even when protected, well-managed protected areas continue to be the most effective method to safeguard our biodiversity … we must embrace new conservation strategies to shift our current perspective.”

Apac comes soon after an extra round of UN biodiversity negotiations in Nairobi meant to set targets to be agreed at Cop15 in Montreal in December. One of the issues that divided negotiators in Nairobi, and that will be debated in Kigali, is the practicality of expanding protected areas to 30% of the planet by 2030.

Luther Anukur, the IUCN’s regional director for eastern and southern Africa, said that while valuing and conserving nature is critical, it is not enough since “we need effective and equitable governance of nature’s use and to deploy nature-based solutions to tackle not only the two most pressing environmental challenges of climate change and biodiversity loss but also to revers pervasive poverty and resultant inequality”.

A key part of this week’s discussions will be the need to find new sources to fund Africa’s protected areas, most of which are termed as “paper parks” because they are underfunded, inadequately managed and unable to meet their conservation and development targets. Conservationists hope that political leaders in Kigali will ratify the formation of a Pan-African Conservation Trust (A-Pact), an organisation that aims to complement government budget allocations with site-based revenue streams such as tourism and payments for ecosystem-based services.

A-Pact is seeking $200bn for a trust fund that “would ensure sufficient sustained financing for all of Africa’s 8,500 protected and conserved areas in perpetuity”. Africa currently spends less than 10% of what it needs to protect and restore nature, according to Apac. It costs an estimated $380 to $1,000 (£320 to £845) to manage a square kilometre of a protected area, or between $2.6bn and $6.7bn annually for all of Africa’s protected areas. Today, only $50 is available for each square kilometre.

The former Ethiopian prime minister and Apac patron, Hailemariam Desalegn, said: “Protected and conserved areas are the backbone of natural infrastructure for Africa. We must come together as African leaders to ensure the global negotiations are delivering investment in a resilient and sustainable future for Africa.”

It is us we are waiting for! Africa needs to shape its own conservation and climate agendaRead more

The congress is also expected to confront the issue of the key role played by Indigenous people and local communities in protecting biodiversity. Despite evidence that Indigenous peoples are the best guardians of wildlife, most do not have legal rights over the land on which they live. At least 50% of the world’s land area is occupied by “customary or community-based regimes” but legal recognition of ownership is limited to just 10%, according to estimates.

The high-level talks come against the backdrop of violent clashes between Maasai and security forces in neighbouring Tanzania over rights to occupy ancestral lands in Loliondo, which borders Serengeti national park.

Indigenous peoples from across Africa, including the Ogiek in Kenya, the Batwa and Benet communities of Uganda and the Maasai of Simanjiro in Tanzania, are expected to attend the congress.

This article was amended on 18 July 2022. It is Rwanda’s prime minister, Edouard Ngirente, who will attend the congress, not the president as an earlier version said.

Millions are turning to the Guardian for open, independent, quality news every day, and readers in 180 countries around the world now support us financially.

We believe everyone deserves access to information that’s grounded in science and truth, and analysis rooted in authority and integrity. That’s why we made a different choice: to keep our reporting open for all readers, regardless of where they live or what they can afford to pay. This means more people can be better informed, united, and inspired to take meaningful action.

In these perilous times, a truth-seeking global news organisation like the Guardian is essential. We have no shareholders or billionaire owner, meaning our journalism is free from commercial and political influence – this makes us different. When it’s never been more important, our independence allows us to fearlessly investigate, challenge and expose those in power. 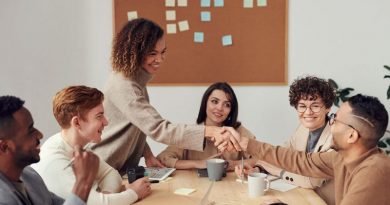 ‘They killed my puppy because I am a woman’ 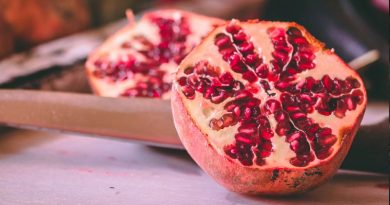